Double the balls, double the action! 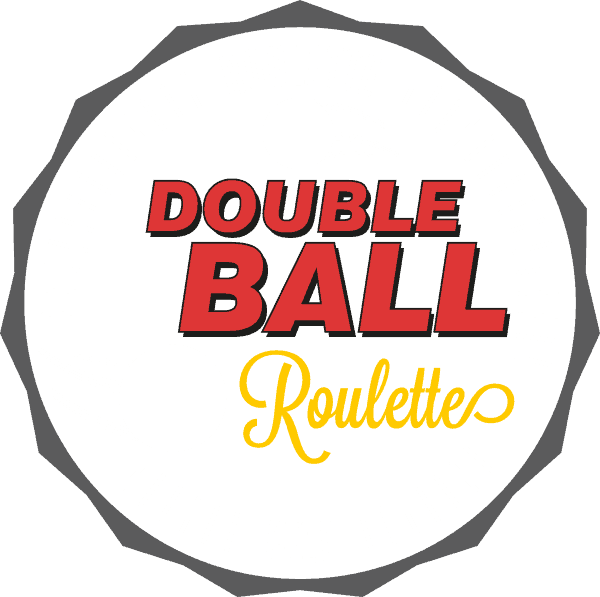 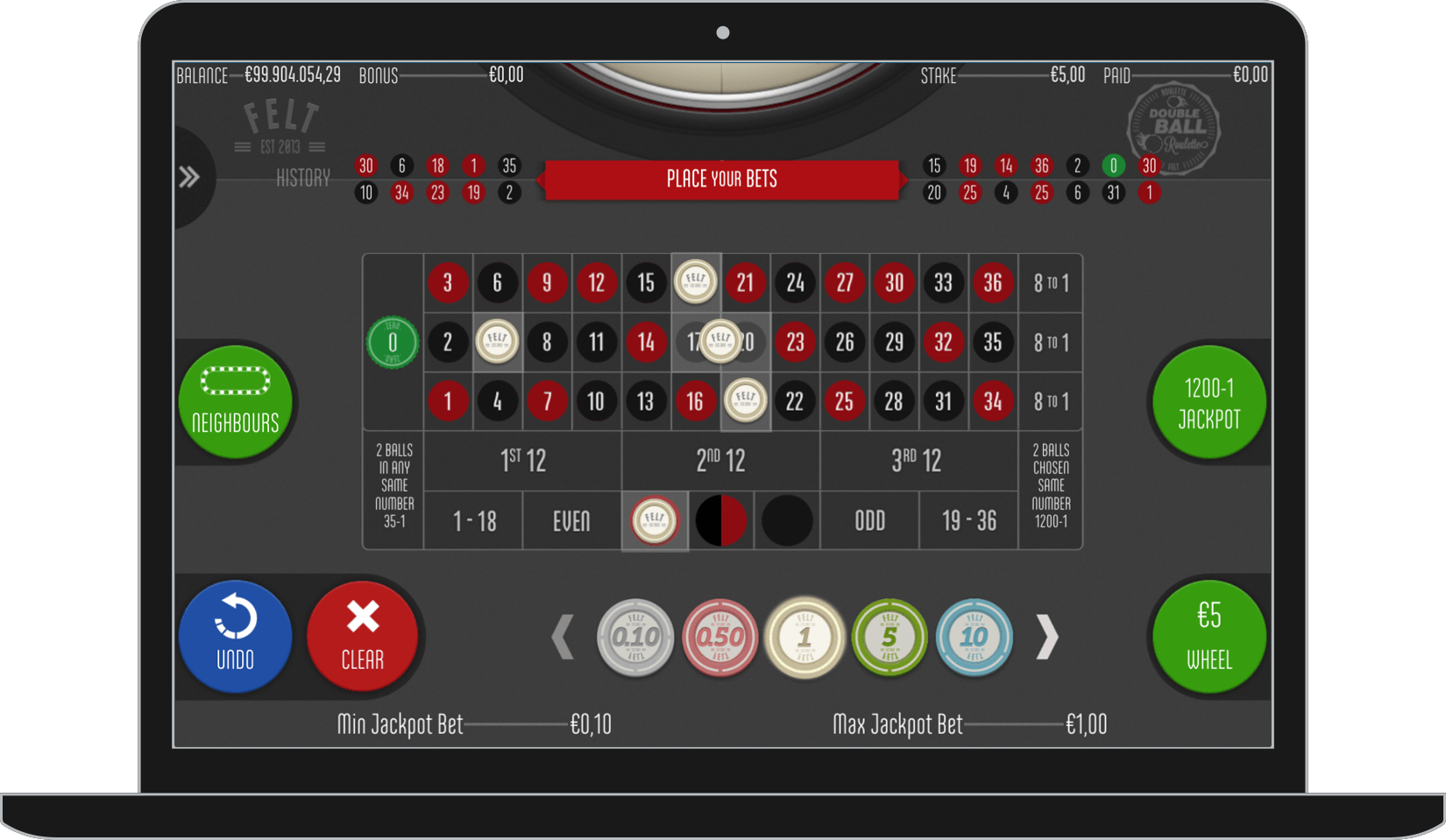 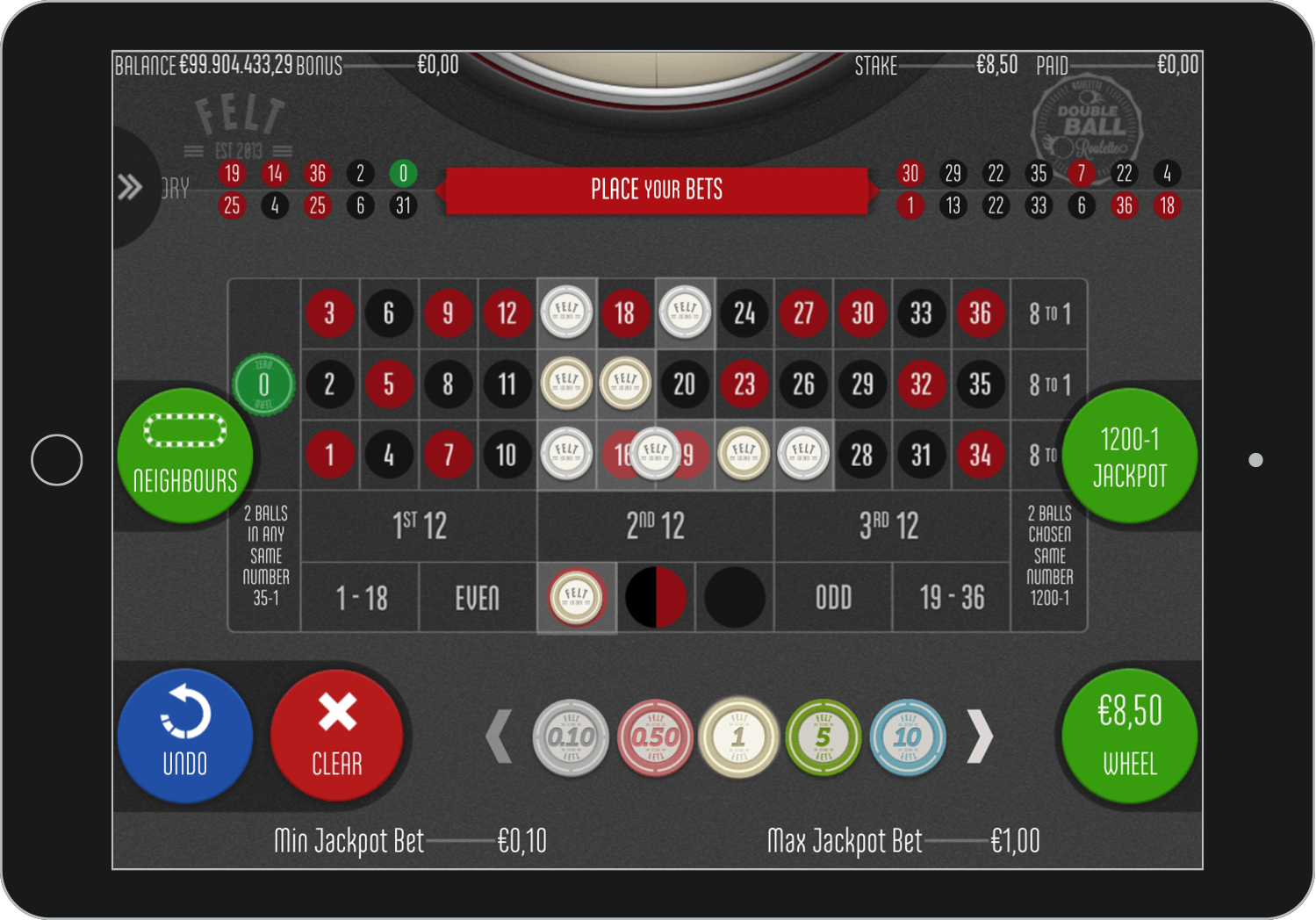 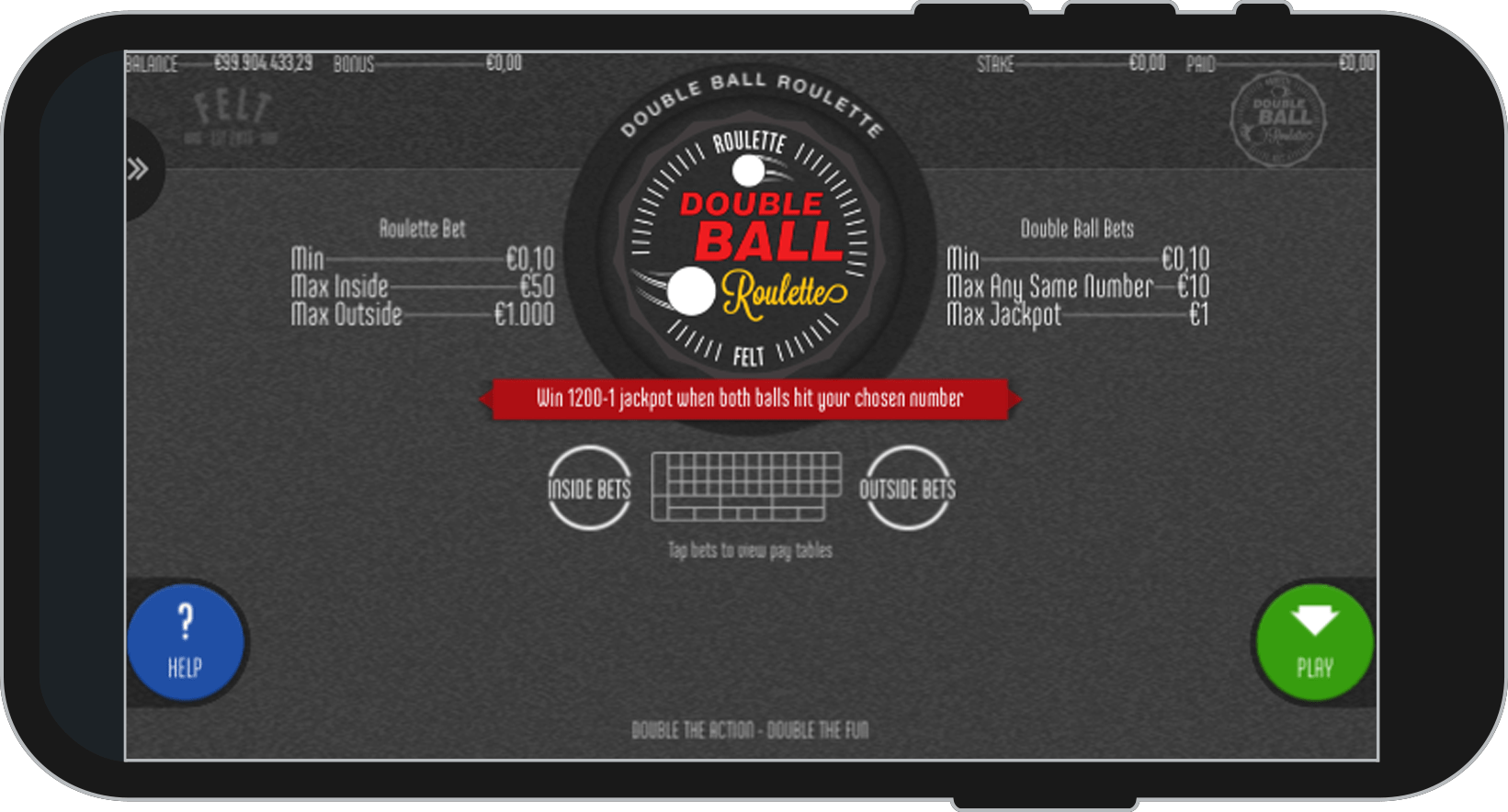 Double Ball Roulette™ is an exciting new Roulette game that was launched in The Tropicana in Las Vegas in 2014 to huge acclaim.

The Game offers greater win opportunities as a result of being a TWO BALL game: double the number of balls – twice the number of winning opportunities. Plus it has the added excitement of a huge 1200-1 Double Ball Jackpot and player control of the firing of the second ball.

The game is comprised of a standard European roulette table but with additional betting opportunities provided by two balls rather than the standard one.

You, the player can SHOOT the second ball after the first ball has been released.

The 1200-1 Double Ball jackpot wins if both balls land in your chosen number. 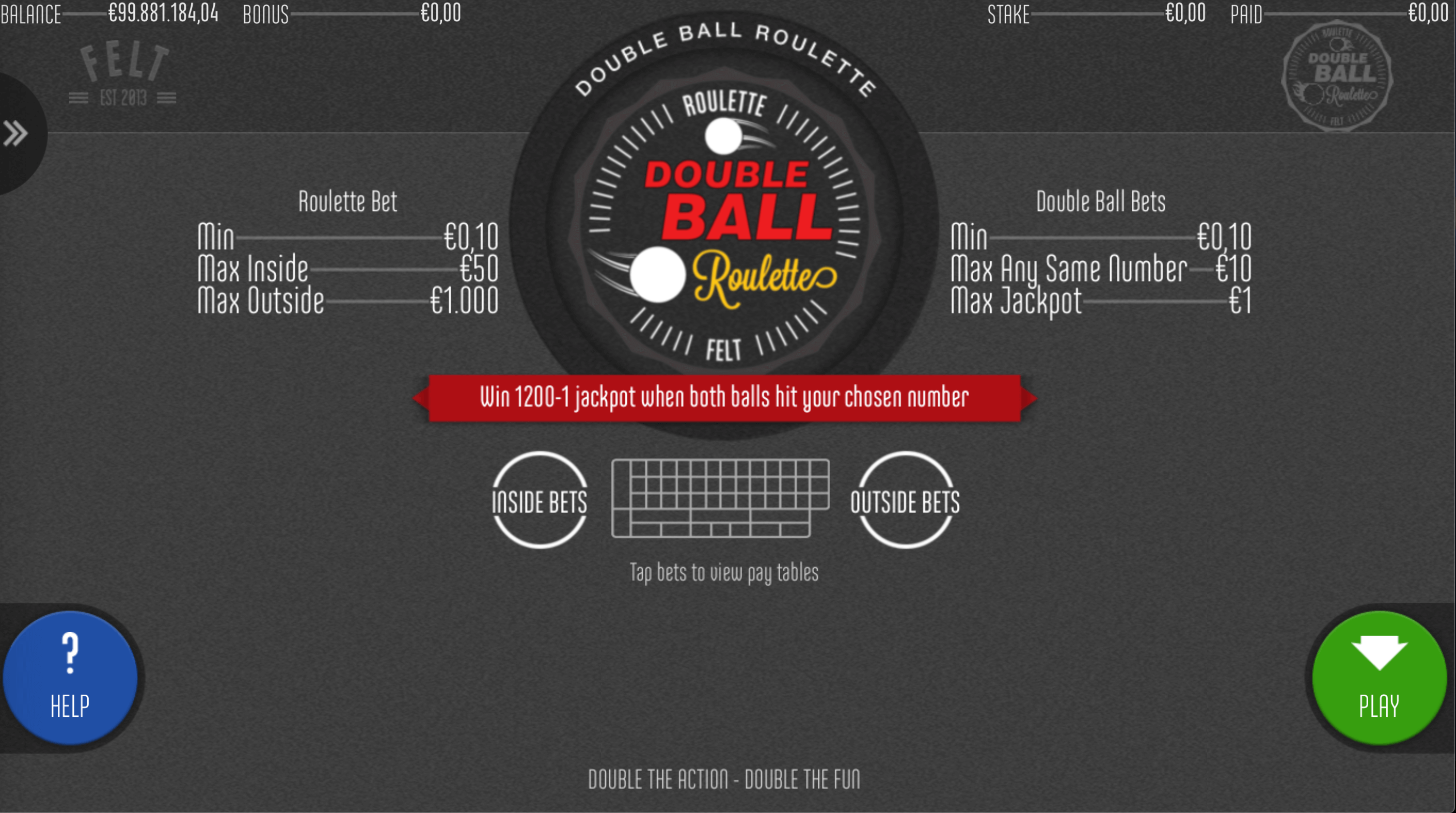 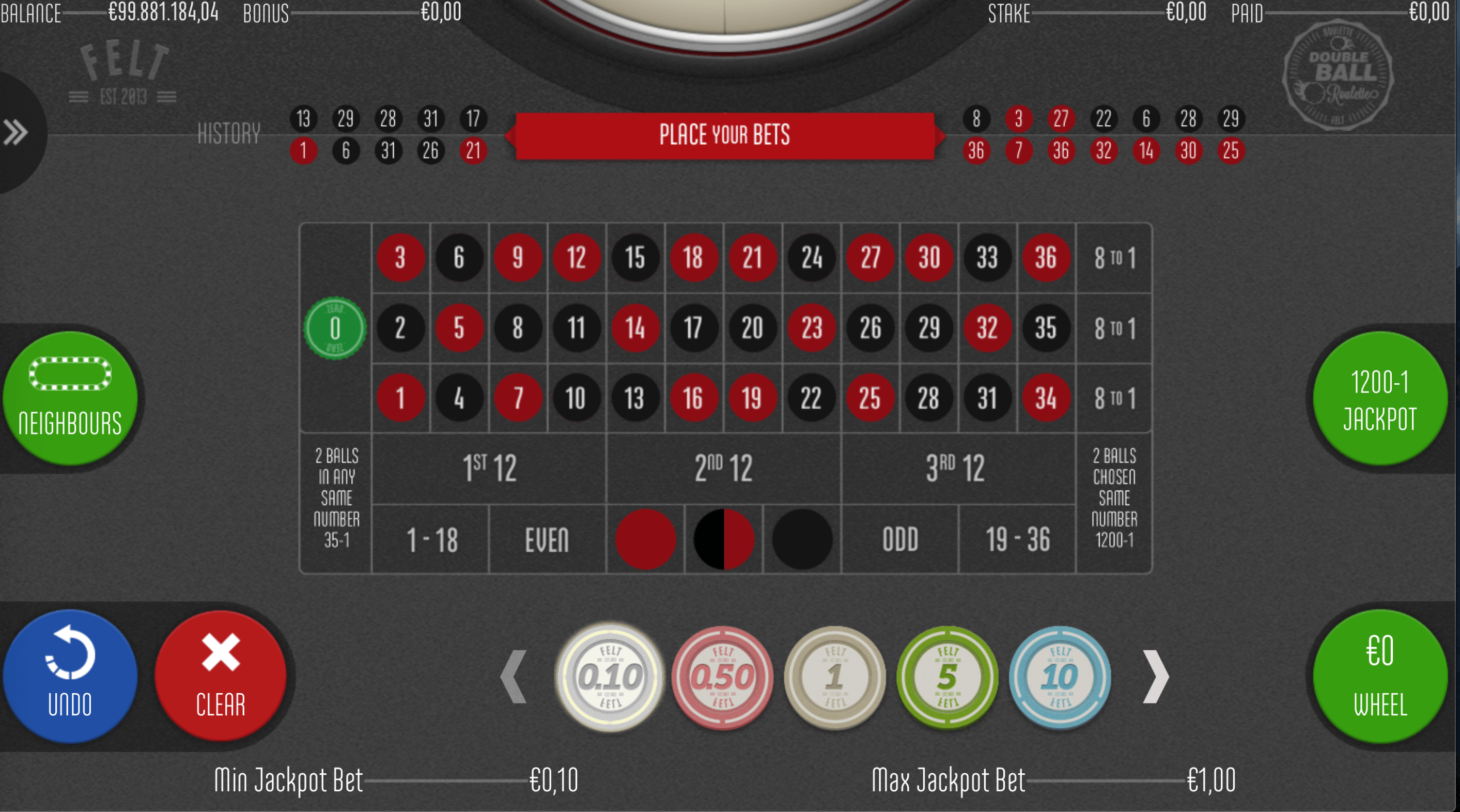 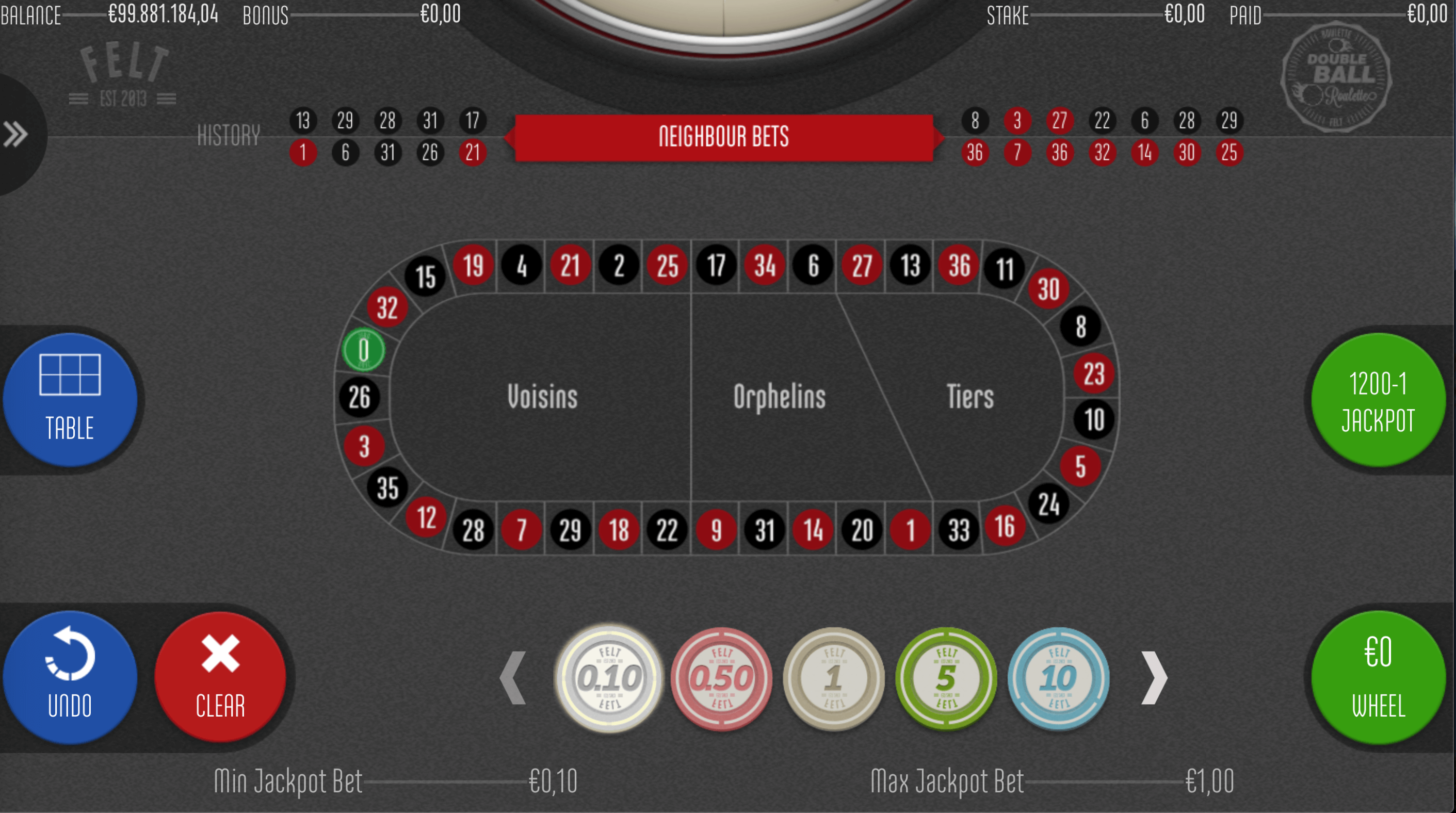 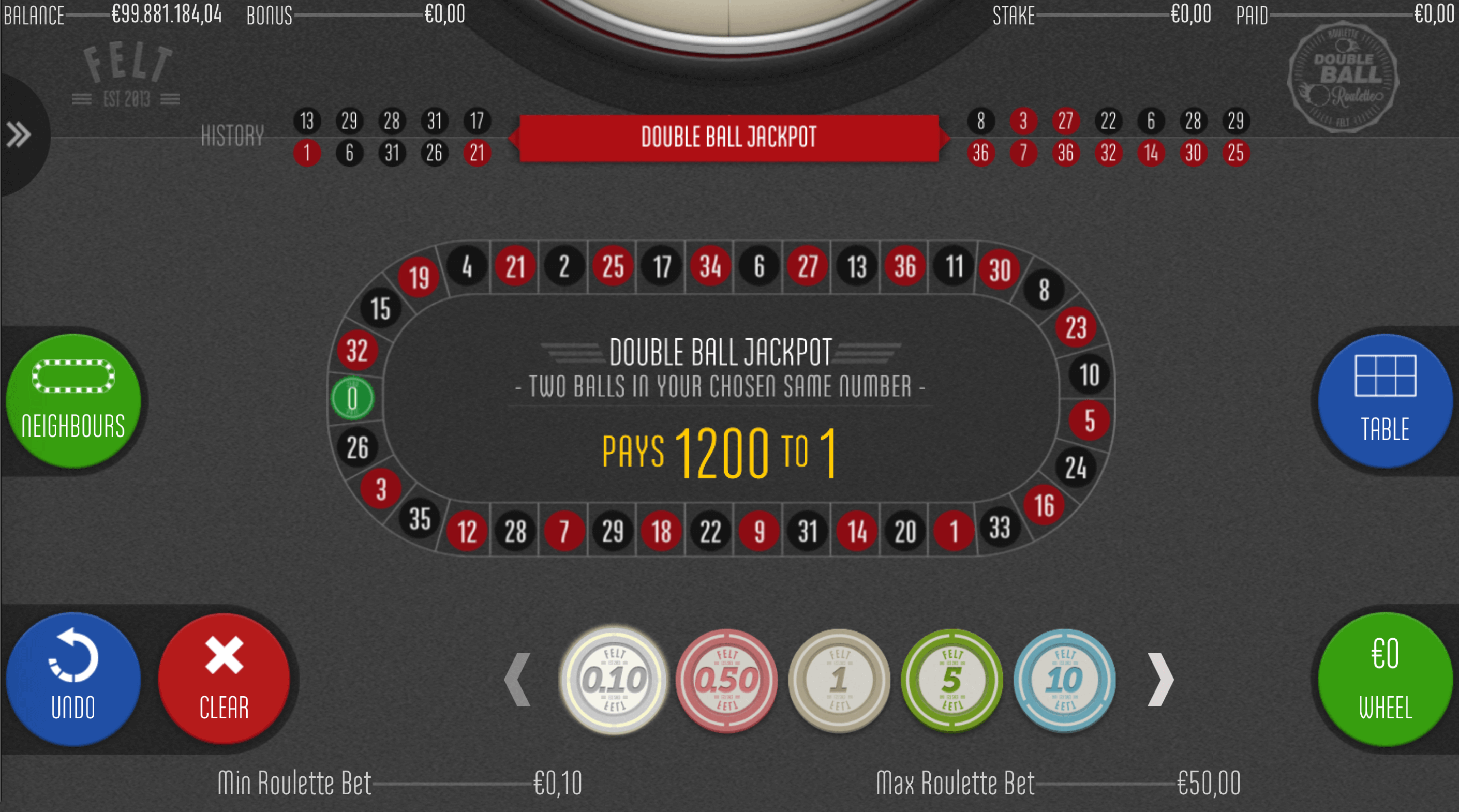 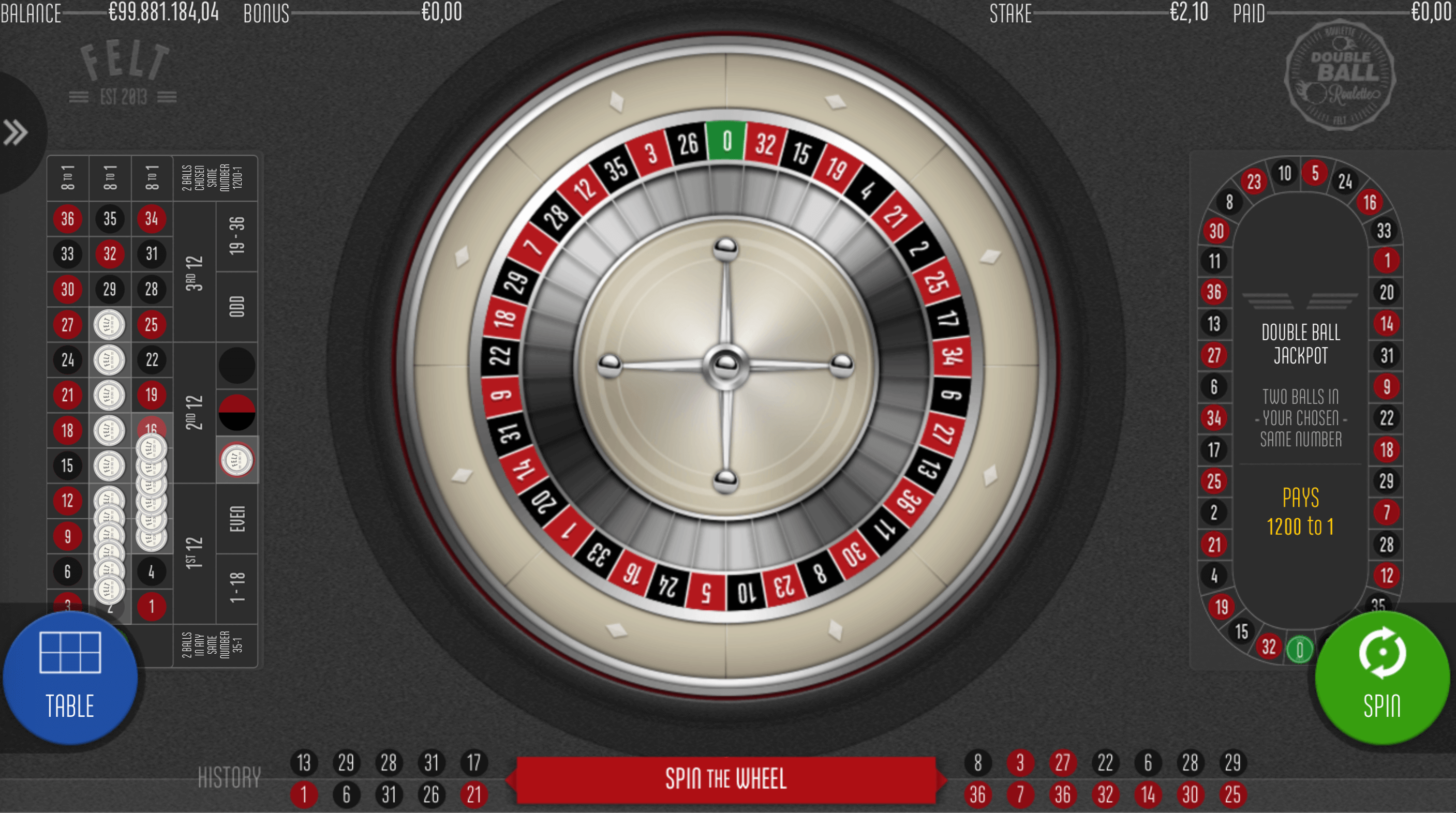 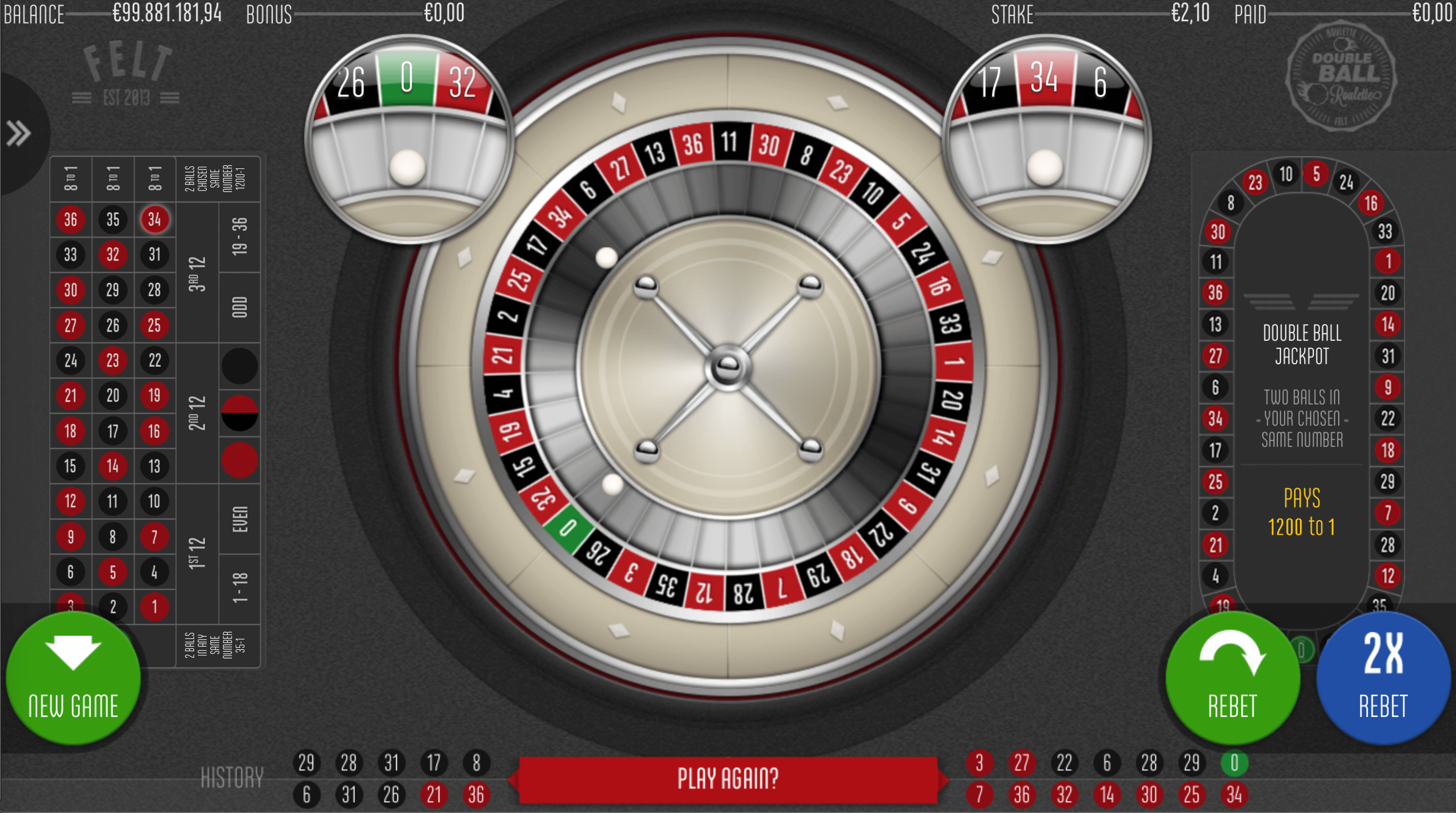 Back to all Games